The data visualization, is an ancient methodology used for the presentation of data in an image or graphical form. It allows people, in the process of teaching or studying a certain subject, or even professionals when presenting their work, to see their analysis results, in a visual way, so that they can understand more complex concepts and identify new patterns on a given subject. view the data. This methodology brings more interactivity to the presentations, becoming something in constant resignification, including with the current technologies of interactivity or artificial intelligence. But, how can such a current methodology be considered ancient? Calm! That we explain to you.

Throughout / history / time, the ways of presenting some content have alternated, as it was seen that presentations based only on written information would tend to fall out of favor, or would end up being taxed on complexity. Thus, from the 17th century onwards, a major investment in image methodology was initiated, so that it became possible to illustrate what was, until then, “illustrable” or what had always been considered difficult to understand. Since then, data visualization has not stopped, or rather, it has kept updating itself over the centuries, with the creation of maps, pie charts, spreadsheets, among others.

Even though it has been present for thousands of years, data visualization still stands out, because the use of images in data visualization is important, as it is linked to the way the human brain processes information. Therefore, even today, government advertising campaigns and even large organizations continue to bet on this methodology, to better present their information, through imagery spreadsheets, infographics, among other discursive genres that continue to be updated.

But what does this have to do with Timelinefy? Well, Timelinefy is a digital tool that makes it possible to tell stories and organize information over time in a chronological way, through the structure of timelines. Because it is digital, our tool makes this activity / experience more dynamic and interactive, and the timelines are also one of the ways to visualize data, there are many others and that are sometimes even more common than the timelines, the spreadsheet it is an example.

During the sections of this text, we will delve into each paragraph on how “data visualization” originated, what are the reasons why such a study methodology has continued to be up to date and what leads us to use it. It is worth noting that this subject may prove to be complex, but throughout the chapters and from examples the theme may become clearer, which leads us to deepen and further explore this subject, therefore, talking about data visualization it is also talking about timelines.

The origin of Data visualization

As already mentioned, Data visualization is an age-old methodology, however, it is not possible to find exact data that dates back to its origin, but we know that long before 1800 data visualizations were already equipped or represented from images.

One of the best known examples in the history of this methodology was the case of Charles Minard, a French civil engineer recognized for his significant contribution in the field of information graphics in civil engineering and statistics. Minard was, among other things, known for his representation of numerical data in geographic maps, especially in his flow maps, more specifically, his main feat was during Napoleon's invasion of Russia, in which he mapped the size of the army and the route Napoleon's withdrawal from Moscow - and linked this information to the temperature and time scale of that event to gain a deeper understanding.

But, do not think that women were left out of these advances, even though Charles Minard is considered one of the best known examples of updating data visualization, know that a woman also stood out and carries her legacy to the methodology today. The British nurse, statistician, social reformer and writer: Florence Nightingale, in addition to being known in her field of nursing, was a data journalist, known for drawing "coxcomb" or "rose" diagrams. These revolutionary graphics helped her fight for better hospital conditions, saving soldiers' lives and facilitating not only her work but that of many other professionals to come.

However, the focus on Data visualization, or the consecration of this methodology as a study area, became notorious only in the 20th century, around 1950, with the beginning of computer graphics and the rise of computer technologies. This power was highlighted, more and more technologies were developed, larger and more sophisticated numerical models were constituted and thus resulting in the generation of huge sets of numerical data.

Concomitantly, large data sets have been generated through the acquisition of data from devices, such as medical devices and microscopes, and these data are stored in large databases containing text, numbers, and multimedia information. Therefore, advanced computer graphics techniques were requested to process and visualize these huge data sets, so that such information could be visualized and made easier for everyone to understand, as a form of synthesizing technology. It is worth noting that this methodology stood out not only for data visualization, but also in the attempt to improve the medical and scientific area.

Why use Data visualization methodology?

If you are still unable to understand the importance of Data visualization, or even its main objectives, I believe that from this section everything will become clearer and you will see that data visualization is a simple and quick way to transmit concepts in a universal way, because using charts and diagrams to visualize large amounts of complex data is easier than throwing information into reports. Research, studies and reports are some of the examples of materials that generate a lot of data and presenting this compiled of information can be much less complicated using Data Visualization, thus simplifying this range of implicit.

Our eyes have always been attracted to colors and patterns, forming an aesthetic order on the visual plane, our ability to differentiate colors is high (except for color-blind individuals) and even to differentiate one geometric figure from another, like a triangle from a painting. What makes us a totally visual society, from art and advertising to TV and cinema.

When viewing written and non-illustrated data, we tend to take a little longer to capture the central information, or even not understanding some information in general. But why does this happen? When we glimpse an image, it captures our interest and keeps our focus on the message being transmitted, so when we look at a graphic, we immediately see the central information, not least because we are forced to internalize everything we can see quickly.

And taking advantage of these individual capabilities, the media is one of the main responsible for this imagery “induction”, and one of the most recurring users of this methodology is the marketing professionals, these professionals with the help of computer graphics, benefit enormously from the combination of data quality and an emotional narrative, thus totaling an advertisement or a campaign.

However, when mentioning marketing, we must not forget that it is very difficult to think of an area of ​​activity that cannot take advantage of the data to understand data more easily and even more synthesized. For this reason, most of the disciplines present in the field of exact sciences, for example, use this methodology, due to the possibility of facilitating the data that will be presented / viewed. At the same time, this methodology has also been widely used in other fields, such as: politics, history, consumer goods, service sectors, education, sports, etc.

When talking about data visualization, we take some important concepts for the medium, such as: “citizen data scientist”, which is on the rise, being a term intended for the occupations of professionals who use data visualization as an object of work / study. Therefore, more and more people continue to acquire new skills to adapt to the world driven by data, as it is of great importance to know how to use data to make decisions and use visual elements to tell stories in which the data reveal complete information (who, what , when, where and how).

During the arguments in this section, perhaps the importance of data visualization for technology and for society in general may not yet be clear. However, we reiterate here some very significant discoveries made through this methodology that have helped and continue to assist information and information professionals. research, as a way of professional and scientific improvement.

Data journalism is one of those discoveries, or one of the areas consolidated through the methodology, and this justifies the rise of this area today. Data journalists consistently rely on data visualization tools to help them tell stories about the world around us. Many respected institutions have completely embraced data-based news, including The New York Times, The Guardian, Washington Post, Scientific American and The Economist. Such an initiative modernizes the reception and production of information, as it tries to seek the veracity of the facts directly in the statistics and in the sources.

It has now become clear how important this methodology is. Not only for individuals, but for the propagation of data necessary for the construction of politics, media and knowledge, thus constituting the history of a society, through technological advances.

The methodology proves to be fundamental not only as a simple presentation of information, but data visualization also contributes to human language, since we always know that we humans tend to feel the need to narrate the facts, reproduce them and report them . Thus, by facilitating these data presentation processes, through images, we thus expand knowledge and subvert the pragmatics of language and conversational structures, thus welcoming other senses, such as the visual that can be something very explored, even today.

We believe that the understanding of this theme is important to discuss the narrative modes and the way we can retell or visualize data in the future. Our performance in timelines would not be possible if it were not for the existence of data visualization, or the use of images in information mechanisms.

We must understand the importance of this methodology for all areas and understand how a recent term can represent an ancient practice. 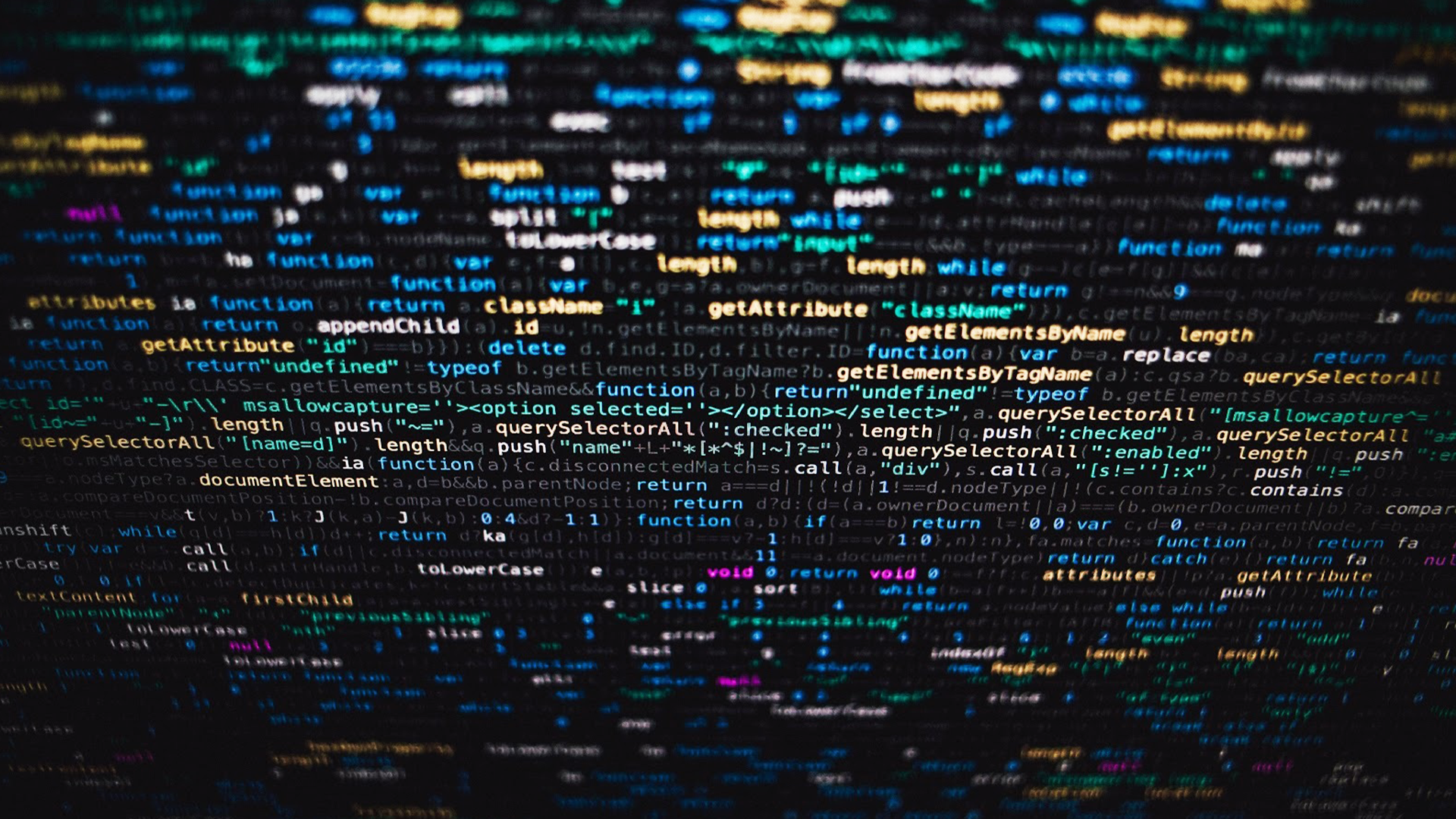 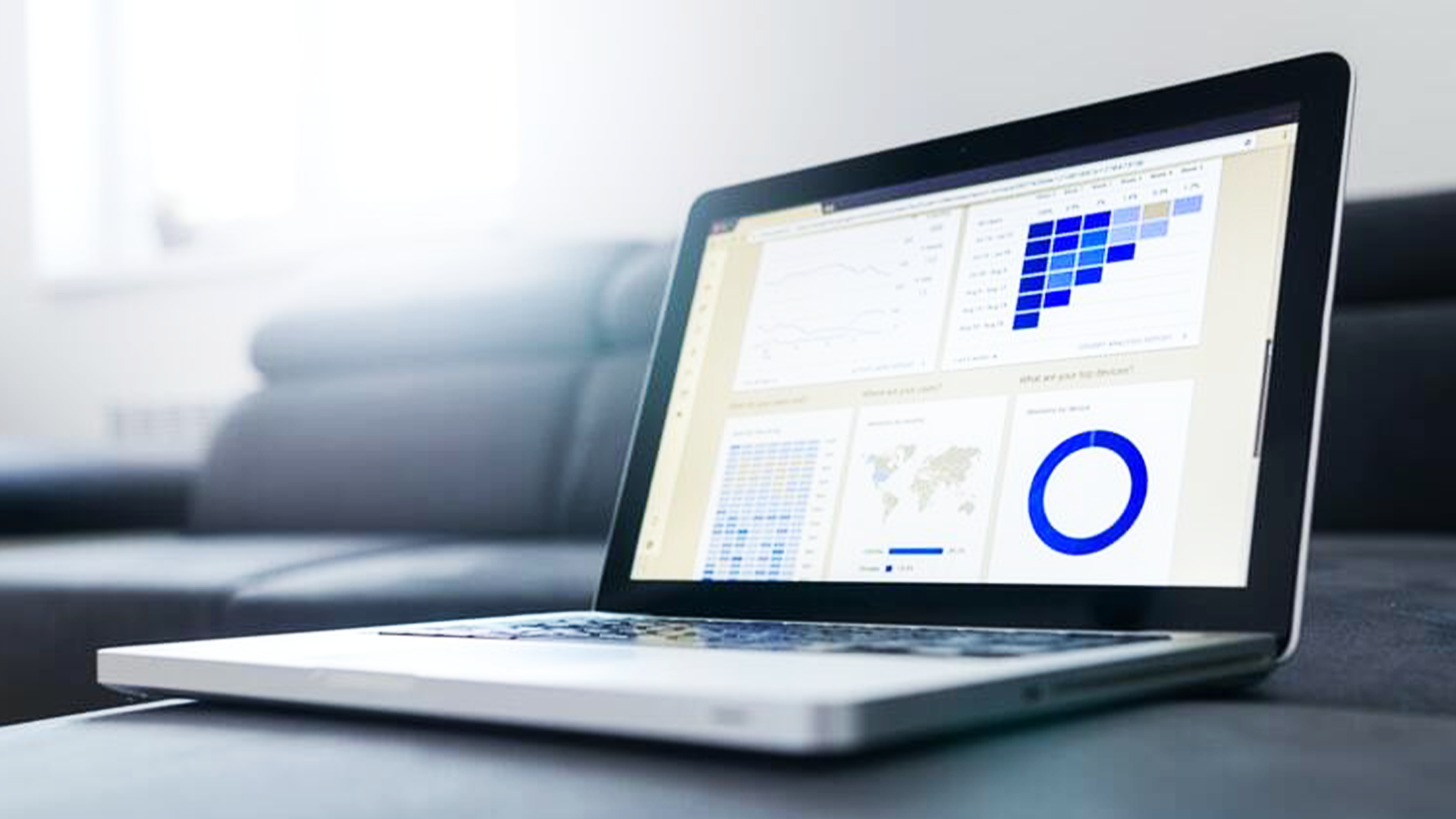 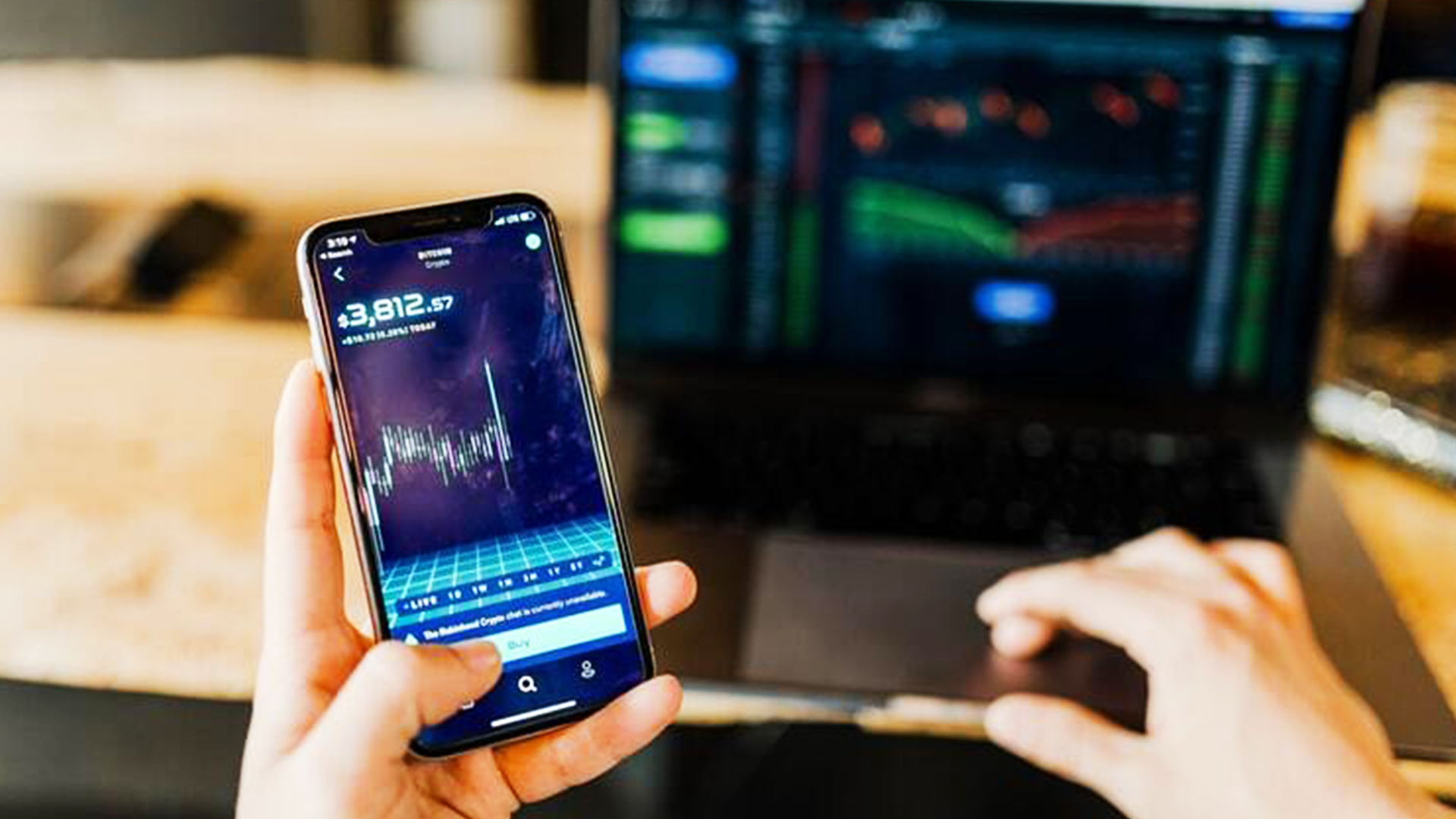 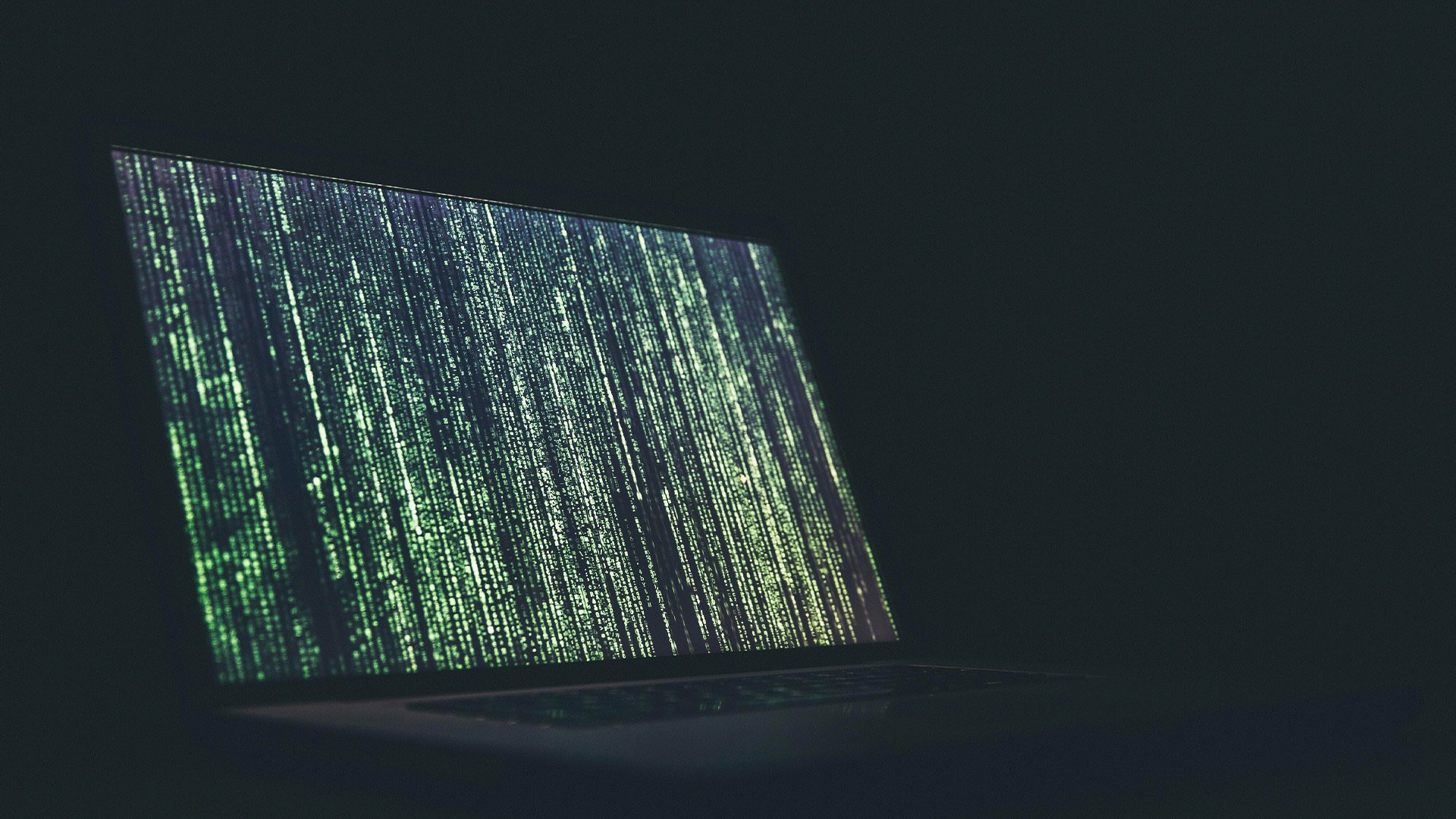