In the beginning of humanity, time was measured by the evolution and discoveries of each era, without any numbers or mathematics to define it. With the advance of agriculture, it became necessary to create a measure for time. Through the cyclic movements of the celestial bodies it was possible to create a pattern and thus a calendar.

Seeing these two ways of counting time, you can see that time can be both accurate and indeterminate at the same time. That’s why physicist Isaac Newton differentiated time in absolute and relative.

Absolute time is the exact time. The date, the time, the year. It can also be called duration or mathematical time. Relative time, on the other hand, is preceded by an indefinite article. It is not uniform and its existence is related to external factors. A date, an hour, a year.

Other areas also have specific ways of analyzing and counting time. In geography, there is geological time. In this measure, the geographical changes that have occurred in the earth's crust and in nature are observed. Art, on the other hand, takes into account different characteristics of architecture and the ways and techniques to carry out artistic works.

As for history, there is another way to differentiate time, also using the same principle defined by Newton. Historical time and chronological time are the expressions used to define these two ways of defining time. That is the subject that we will delve into in this article.

The different representations of time

Time is present in everything. It connects directly with everyday life, as well as with the past and the future. Not to mention that it is linked to stories, whether they are personal or not.

There is a great need for human beings to mark time. By marking time, it was possible to better control agriculture, an activity human life depended on. Another great historical fact that changed society through the control of time were the Great Navigations.

Timekeeping was as necessary as accuracy of location. Not to mention that today, the whole notion of routine and society's work is only possible thanks to the commonality of setting time. Timing generates practicality and helps in human evolution. In order to continue the matter, it is necessary to highlight that historical time and chronological time may or may not be associated. We will see more below.

Historical time can be defined as the time of events that mark the history of a people, a nation and even humanity. A war, a political coup, an illness are ways of recording history. They are historical facts. These are changes related to society. And the main agent in this context is the human being.

Historical time need not be something that covers all societies in the world. There may be a specific historical time for only one particular society, as it is marked by the experiences of a social group. That is why, in personal life, there are also events that mark historical time exclusively for the individual, such as learning to read, graduating, buying a house, among other experiences over a lifetime.

It is very important to remember that historical time does not have to be tied to chronological time. And to analyze historical time, it is necessary to understand other factors of history and a society, since one fact leads to the occurrence of others. Think of a war. It is part of a historic time. But for a war to happen, countless events occur before the great conflict is formed. So, in historical time there is always some interference.

For Christianity, a landmark of historical time is the birth of Jesus. This fact is even the starting point for counting the chronological time that a large part of society currently uses, the Gregorian calendar.

Islam, on the other hand, considers the Hijrah as the starting point of its calendar. The Hijrah was Muhammad's escape from Mecca to Medina, which took place on July 16, 622 (Gregorian calendar) and is a record of historical time for Islam. For Brazilians, a historic event that marked the time was the discovery of Brazil by the Portuguese. So much so that the age of the country is counted from this fact.

Chronological time, unlike historical time, is the exact time. It is defined by numbers and flows evenly, with patterns. This way of measuring time is analyzed based on calendars, clocks and numbers. Chronological time is what determines the age and duration of something.

The days of the week are other measurement examples and are widely used in people's daily lives. In order to facilitate the study of history, a different form of grouping was created. Using time divided by decades and centuries, another method within what we know as chronological time.

With the hectic life of big cities, mixed with work, traffic, home care, gym, time can pass very quickly. And because of that, many times time starts to control man.

So, to try to control and make better use of time, it was necessary to create some tools to organize it!

One of the best known ways to organize a routine of appointments and tasks is to use a schedule. It is a great way to organize the near future, giving you more control over your time. Agendas typically follow the annual calendar. For those who work with service and need to schedule times, it is certainly an efficient method for arranging day-to-day activities, without running the risk of mixing events.

The calendar is a more visual way of keeping track of time. There are approximately 40 different types of calendars in the world. That is, more than 40 ways to mark time. The predominant calendar is the Christian calendar. It is represented by year and is grouped into months. Months are grouped into weeks and days. These 40 types of calendars can be divided into 3 categories.

based on the movement of the planet, earth around the sun. The Christian calendar follows this model.

is based on the movement of the moon. Model followed by the Islamic calendar.

A variation of the traditional agendas are planners. It’s a model that has gained strength more recently, and that offers a more modern and dynamic form of organization. Planners are great for monthly or weekly planning. For some people, they are already considered better and more functional than diaries. And they are considered very efficient mainly because they manage to bring together, in a practical way, the personal and professional tasks and planning.

A great way to analyze the story of someone, something or some place is by using a timeline. The timeline respects the chronological order of events and shows events in sequence. In general, the timeline merges information from historical time with chronological time. In this way, the interpretation and analysis of the information becomes much clearer.

Timelinefy works on the elaboration of timelines. It is a tool that allows storytelling in a simple and visual way, by organizing facts and information over time. The purpose of the tool is to make information easily understood through the organization of timelines, even if they are facts of great historical events. You can go from the past to the future in an instant and you can also add multimedia to these timelines, creating a unique experience. Try the tool!

It’s clear that there is a difference between historical time and chronological time, but both are part of society's daily life. After all, man's relationship with time is constant. Therefore, throughout the evolution of human beings in relation to time, many methods were developed so that man could control or at least understand and follow time. Among the methods developed by the human being there are great inventions, such as the calendar and clock, but also simpler resources such as diaries and planners.

Among the methods that we have seen throughout this article, we also highlight timelines: a well-known resource that manages to organize information (which will one day be understood as part of historical time) in time (chronological time). That is, this method is able to bring together these two ways of understanding time.

The new thing about timelines is the proposal presented by Timelinefy, which allows this whole concept to be developed and consumed in a digital environment. We still can’t take actual trips through time, but human evolution already allows us to “travel” through the knowledge and stories lived and told by others at different times. 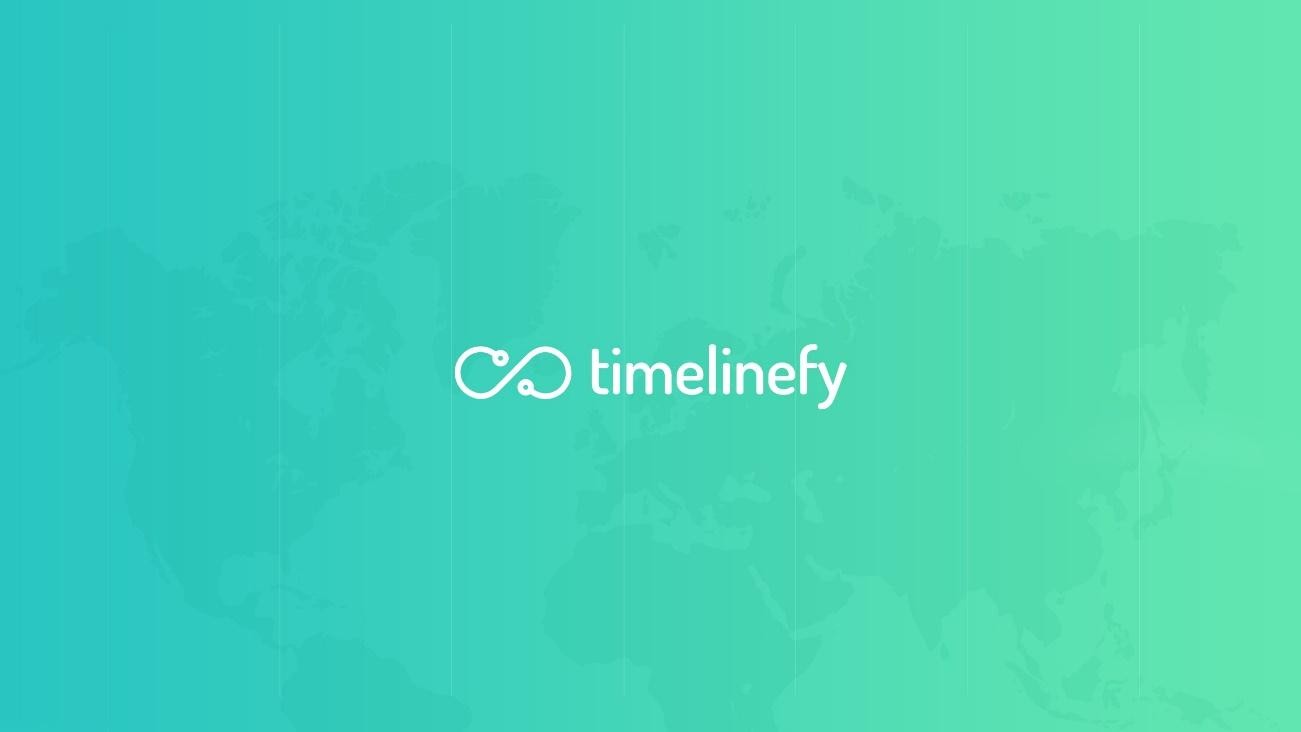 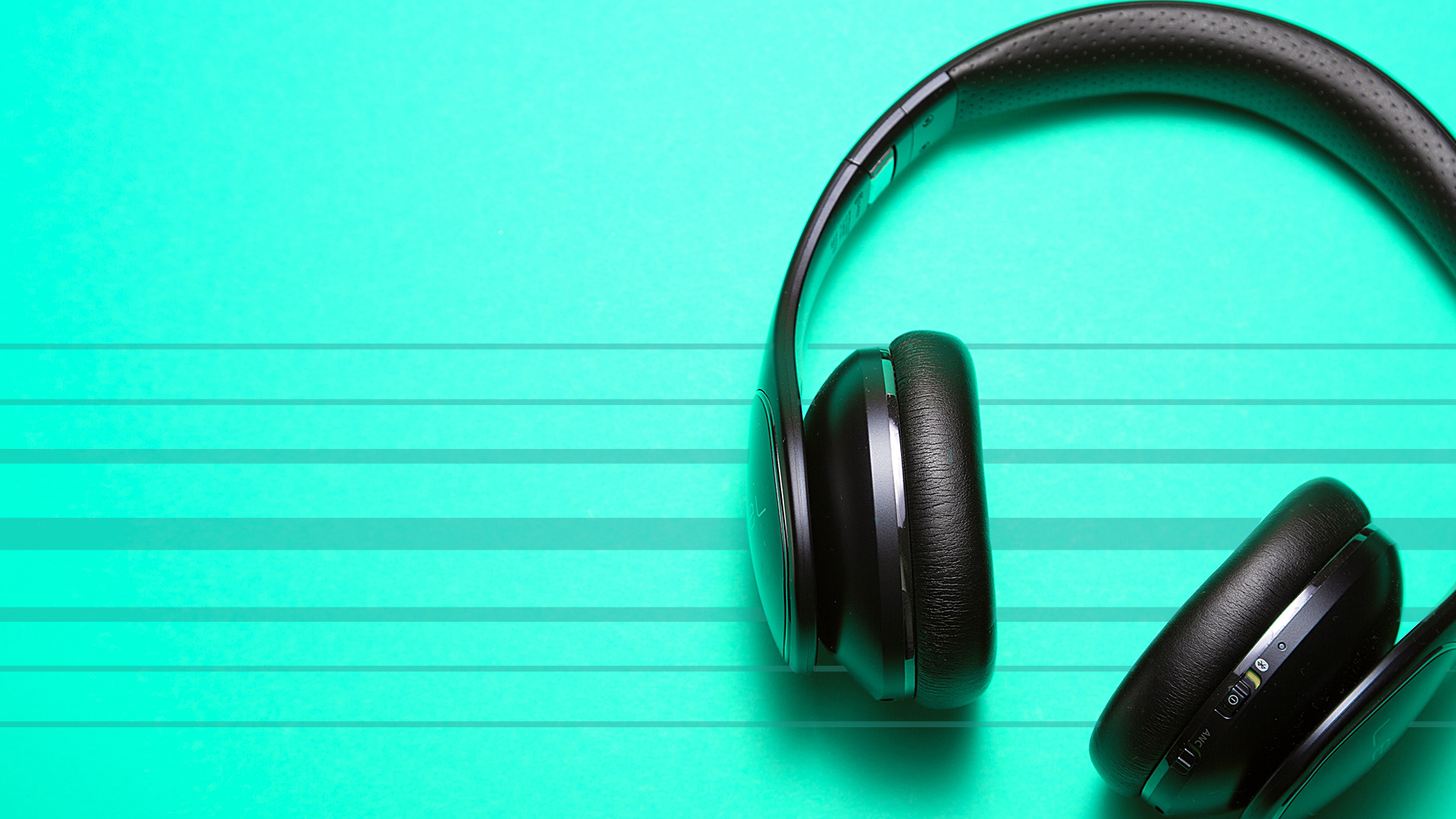 Timelinefy and Spotify: music in timelines 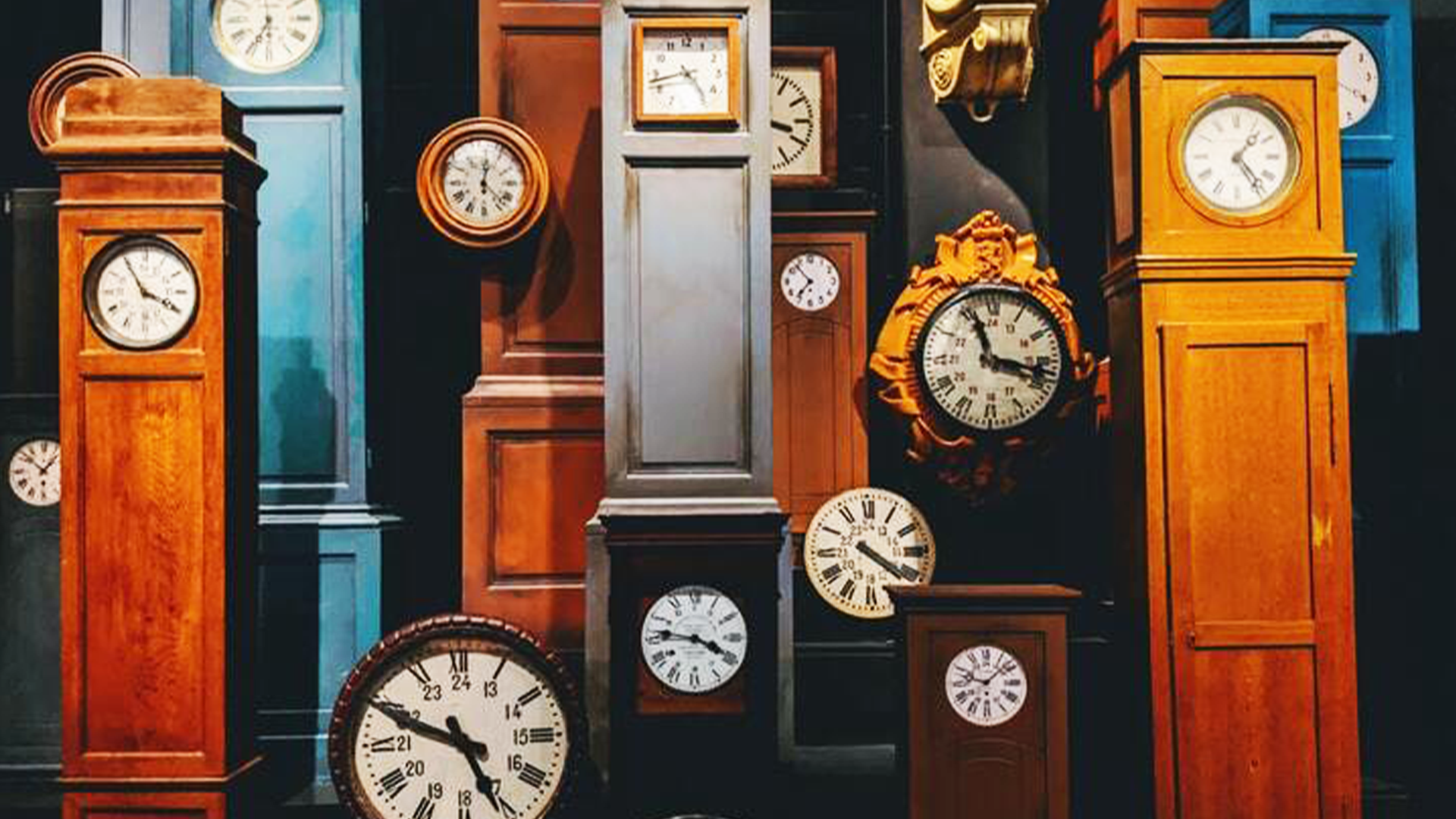 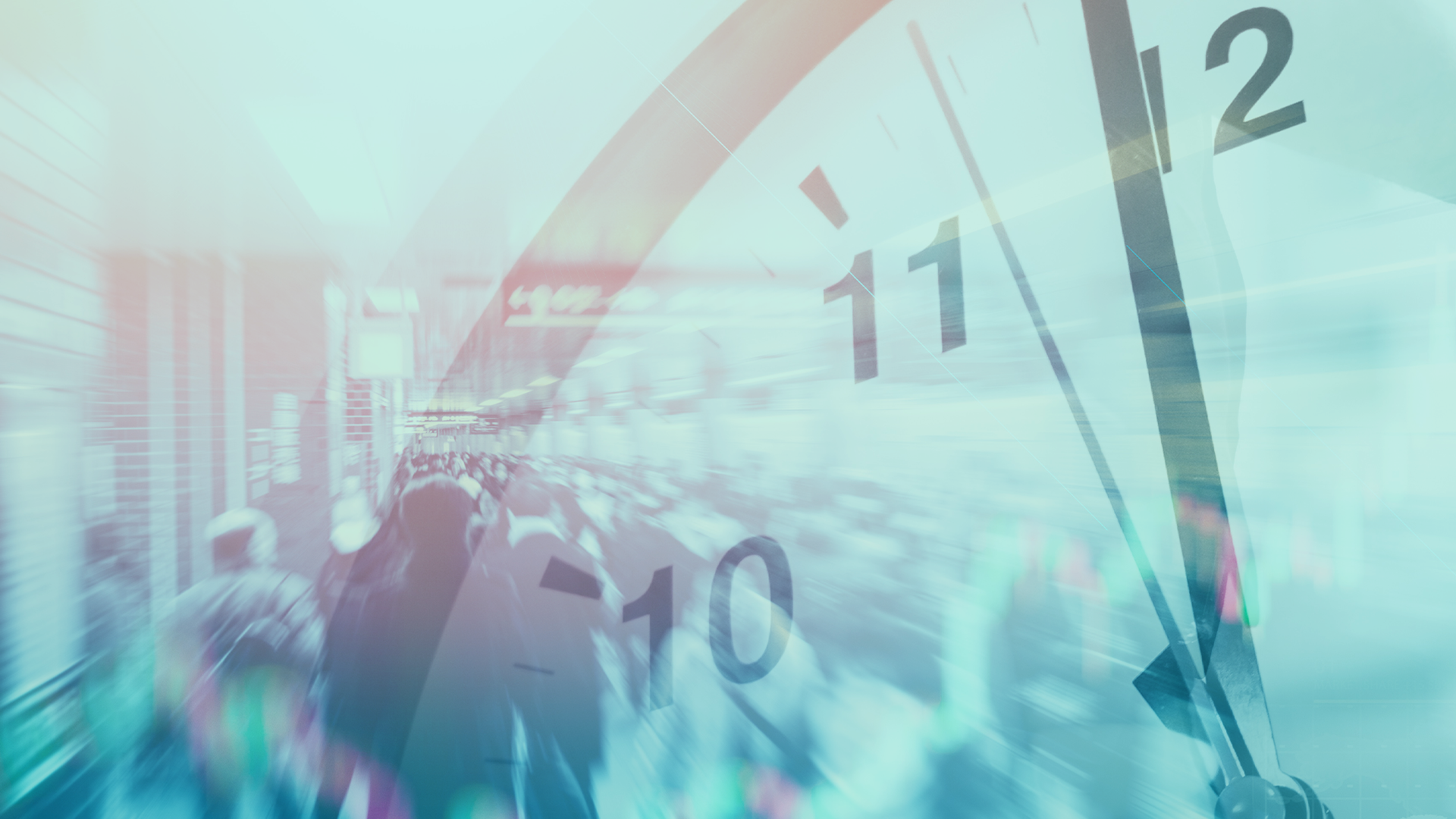 Timelinefy: the tool that organizes history in time