Nowadays there is no smartphone that does not have a camera. Who took a photo of your meal in a restaurant, who photographed a sunset post on a late afternoon by the sea or who made the famous selfies for no specific reason.

Perhaps because of all the ease that technology has given us, photography today can be affected as something common and that does not require as many resources to happen: just a cell phone and that's it. Only in the not-so-distant past, one thing was not quite how it worked. Get in touch with the era of photography at a true event. For example, 20 years ago, although access to the cameras was a little easier, there was that whole ceremony of revealing photos, choosing the film from so many poses and so on.

If you go back there in the early days of photography, something becomes even more bureaucratic and inaccessible. Yes, a photograph was one of the most well-stocked resources and a picture of the complete family could never happen. At least with all the members alive.

Yes, a photograph was something so symbolic that a bizarre tidying up family members of the family and putting them in a pose for an idea that they were still alive, was a very common thing for those who cause registrar issues in relation to someone. Strange, isn't it?

Officially speaking, photography emerged in the 19th century, more precisely in 1826, where the first photograph was attributed to the Frenchman Joseph Nicéphore. He has been studying the properties of silver chloride on paper since 1817. But it turns out that photography itself is not an invention that carries only one name. The fact is that the creation of photography took place through a long process that involved several people who worked together, separated, at different times or in parallel, for many years. Let's understand this process.

The first photography experiments took place in 350 BC, made by chemists and alchemists. But it was there in the middle of the 10th century that the Arab Alhaken de Basora noticed the nature of the images that were projected inside his tent that crossed with the sunlight. As early as 1525, there was the technique of darkening silver salts and in 1604, the Italian chemist ngelo Sala already knew that some silver compounds oxidized when exposed to the sun.

However, it was the Swedish pharmacist Carl Wilhelm Scheele who proved the perception of ice by demonstrating the darkening of salts exposed to sunlight. This Carl event took place in the year 1777.

Fifty years before that, in 1725, the name of the time in this story was the German scientist Johann Henrich Schulze. He projected a durable image onto a surface. Drinking from the same source, many years later British chemist Thomas Wedgwood did something similar.

Currently we have the highest quality digital photo technology, but you can see the long way that it was possible to take a picture of your milkshake before posting on instagram stories with tremendous ease.

The relationship between art and technology

When it comes to technology, we soon think of flying cars, teleportation, floating skateboards like the ones in the movie Back to the Future or lightsabers carried by Jedis like Luke Skywalker in Star Wars. Okay, that kind of insight is normal. But it turns out that the concept of technology is much broader than that. We have already mentioned in other texts on our blog a list of artists who mix art and technology, but first we will define technology for better understanding.

In short, technology is nothing more than the use of techniques and knowledge acquired to improve, facilitate work with art, solve problems, perform tasks or even to adapt to the environment. That said, it is easy to understand that technology has always been an ally of the human species that had to go through several challenges such as cold, hunger, heat and so on.

It turns out that every new technology has a nostalgia as an obstacle to deal with. We can only use the cinema to bring several examples, want to see? It was like that with the cinema whose nostalgia was the theater, the cinema with sound whose nostalgia was silent cinema, it was also like this when the VHS appeared as a great villain that would put an end to the movie theaters and so on.

Are you thinking that cinema is an example far from our subject? For you know that the cinema is nothing more than 24 photographs per second, which makes the image “move”. But that is a subject for another time, let's go back to our dear photograph.

Photography and its impact on art

As has already been said here, photography appeared in 1826. And even then, the debate about its artistic value was very hot. The aforementioned homesickness narrated that the image was made by the camera and not by those who had photographed it. Ledo mistake, is not it? An ignorant belief that the photographer was nothing more than a painter without talent, was a speech of many theorists of the time. One of them was the famous Charles Baudelaire. In other words, they said that photographers were nothing more than lazy without talent.

The fact is that, although it is necessary to master techniques and know how to handle a camera, Baudelaire hardly knew that a very sharp look, which can see unique frames, is a natural talent that separates the wheat from the chaff in the world of photography and creates immortal icons such as those mentioned above.

Remember that we said that the emergence of VHS technology was seen as a precursor to the end of movie theaters? The accuracy of a photograph was also a technology that became a reason for speculation that painting would end. But we know that this is also legend, because a known fact is that the paintings are still very present and play their artistic role with mastery.

But there is no denying that the emergence of photography has completely subverted the world of art. With technology that portrays environments perfectly, painting had to reinvent itself and look for other ways to portray reality. Hence, the supposed threat became a real opportunity for painting to create images that the camera cannot portray in any way.

Now that we have clarified the relationship between art and technology, let's talk about photography and how it came into the field of art. With the evolution of resources, photography gained its space in art, even though it needed to be questioned a lot in the beginning, unlike painting and sculpture that never had their legitimacy put in check.

Even though it still divides opinions, photography started to be manipulated, deepened, enriched with techniques and elements that stopped reducing photography to just one click. In the most different ways of photographing it is possible to create real works of art that, in addition to the beauty of photography, have the advantage of capturing a real moment, of eternizing a second. Want something more poetic than that?

We are sure that after this text you will never see the photo the same way again. Both for history, as well as for the role of photography for art.

Throughout this article, it was possible to know a little more about the history of photography, understand it as technology and observe how photography relates to art. On our website it is also possible to travel back in time and check other stories. 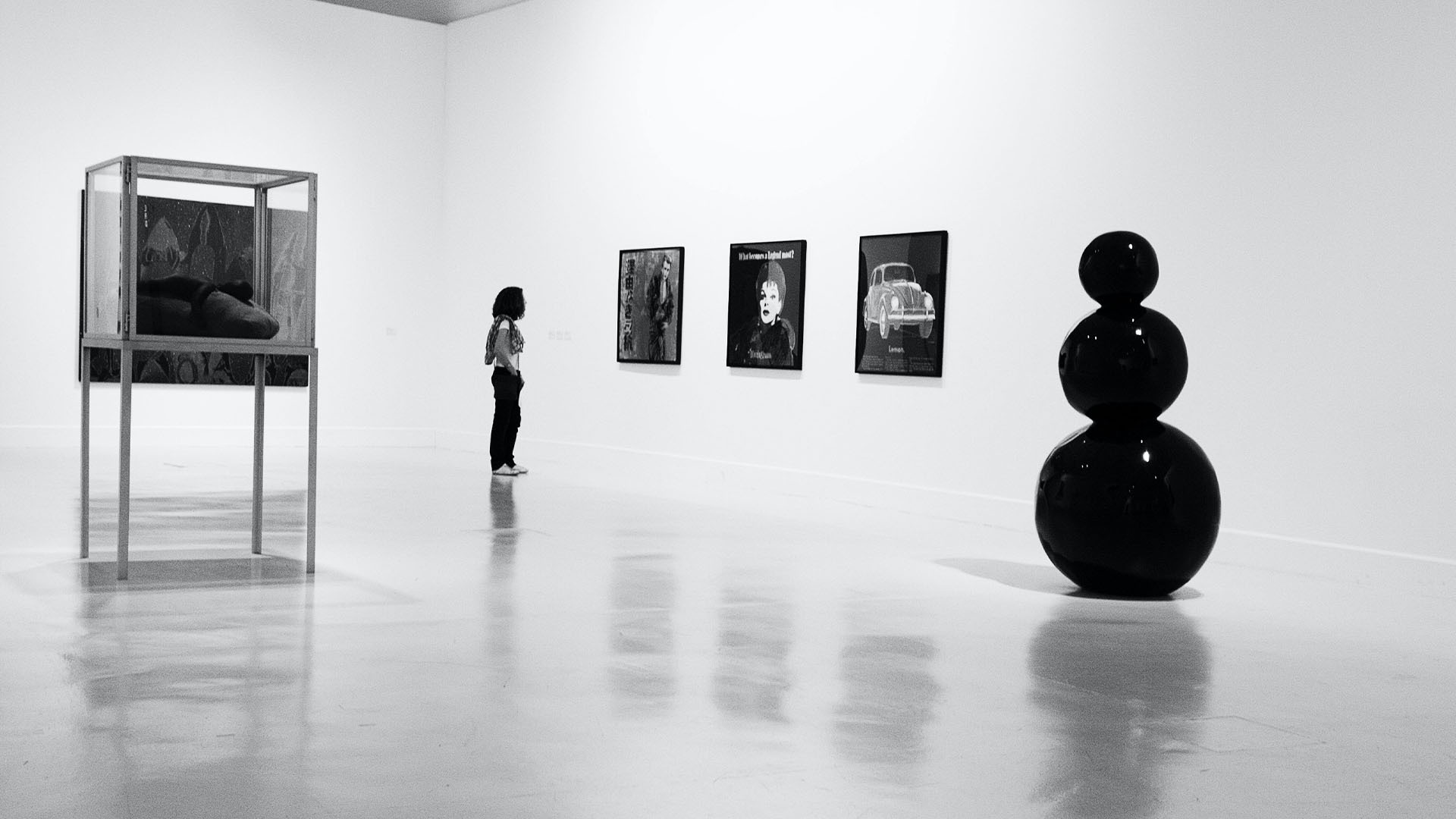 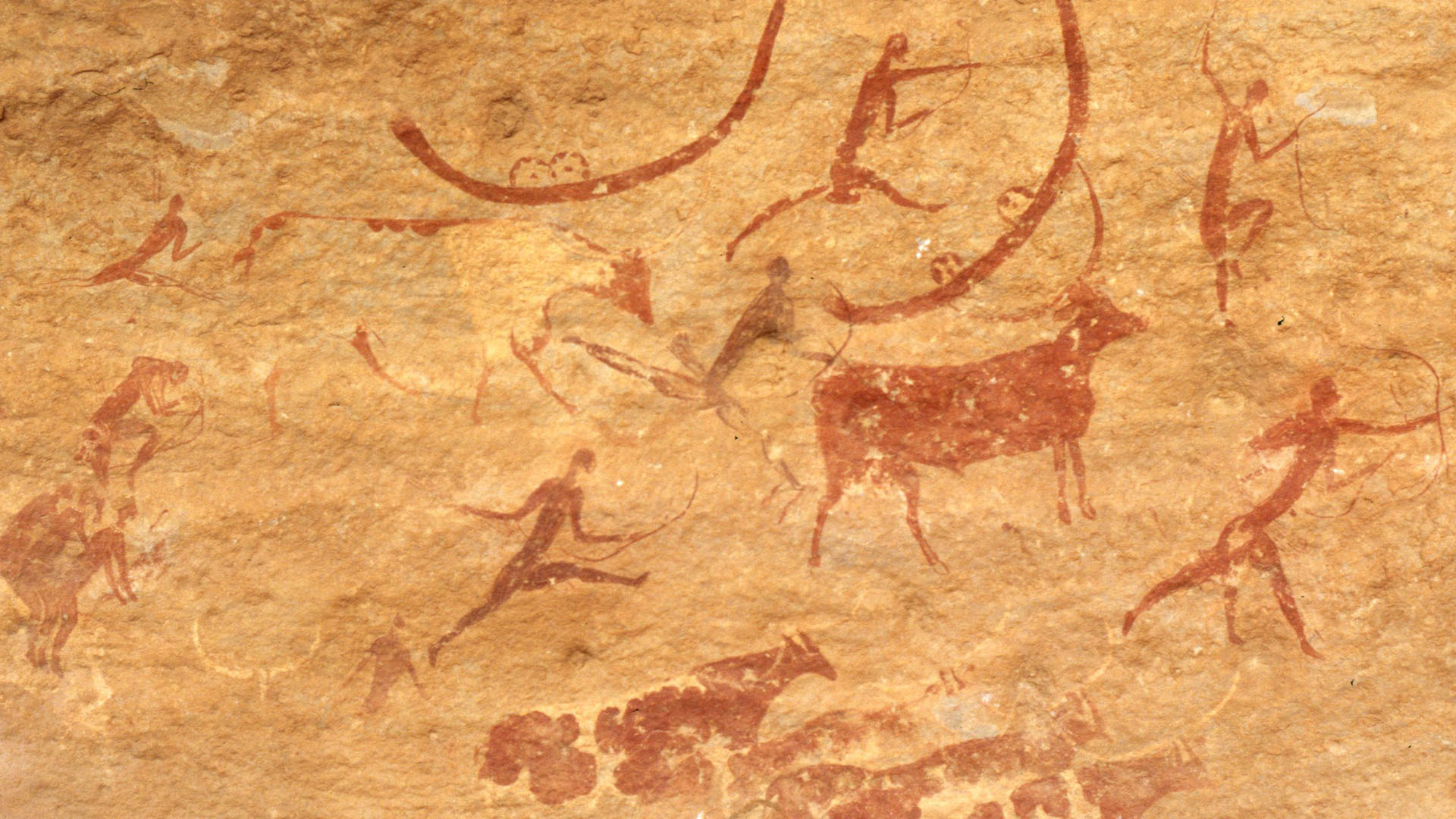 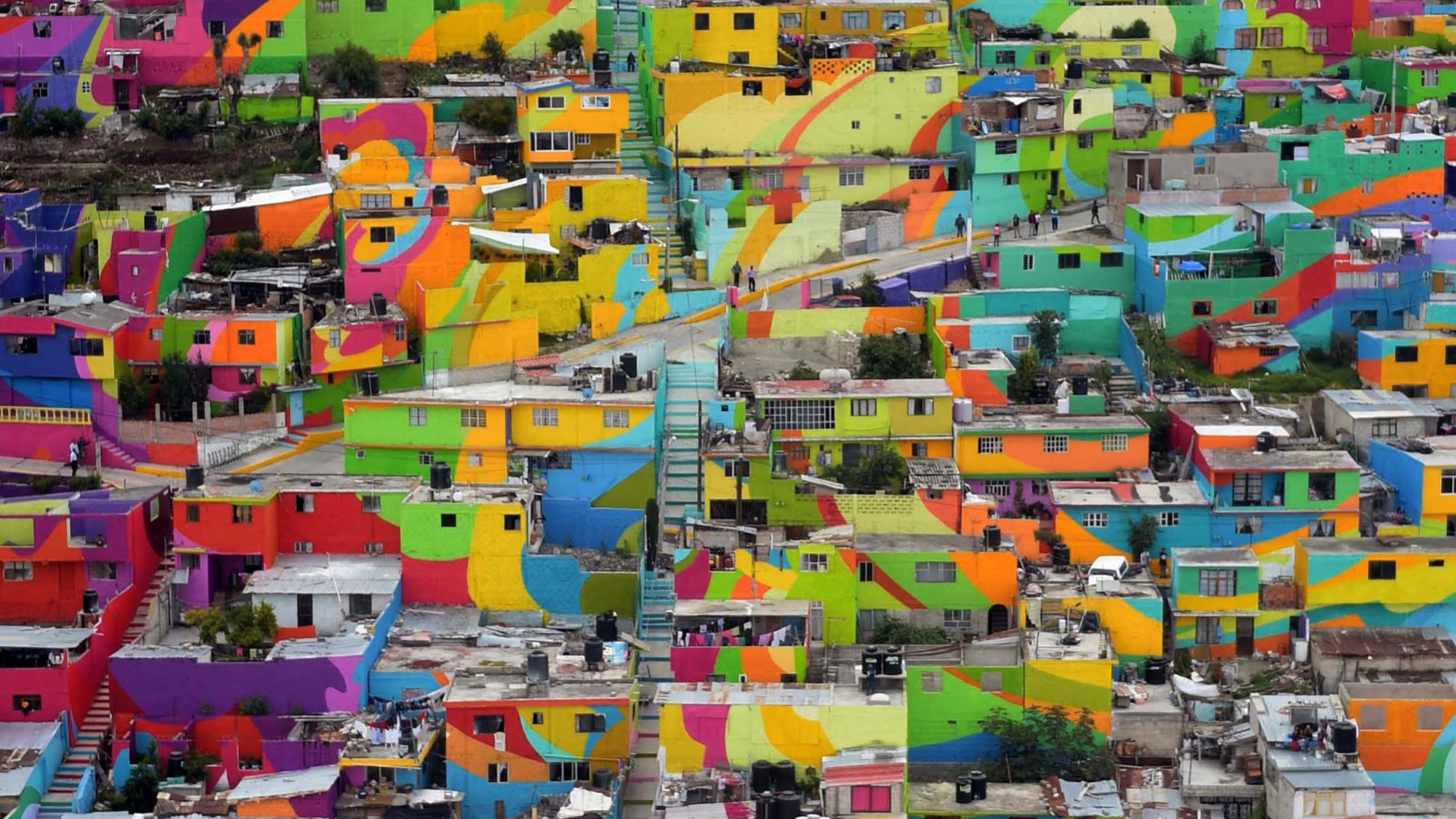 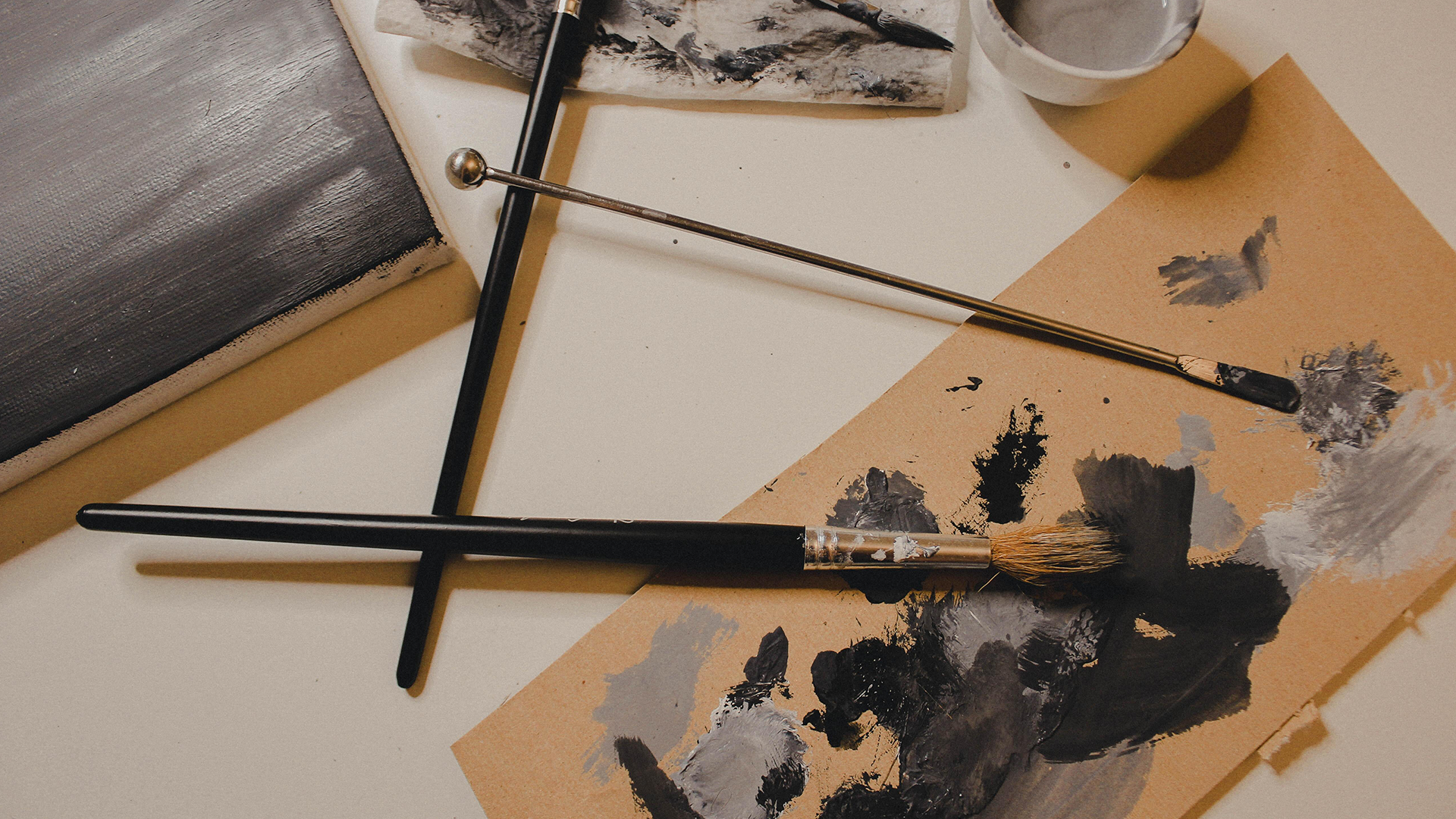