Among so many urgent global issues that must be discussed and resolved, we have been talking a lot about environmental problems in recent years, once the planet already gives unmistakable signs of not sustaining our intense development pace.

As suggested by the concept of sustainable development, debating and participating in the search for alternatives to solve these problems is the responsibility of all institutions, individuals, and social sectors. That is why we are seeing more and more global events and local mobilizations focused on this theme.

Like other social sectors, art, both in massive major constructions and small interventions, has also played a fundamental role in making this debate more fluid and pointing out ways to move forward searching for solutions.

In this article, you will find complete content about how art has helped to make our world more conscious and sustainable. For now, we will go a little deeper into the environmental problems that we have been facing.

The debate about environmental preservation

Every day major media outlets publish content about human impacts on the environment. We are in constant contact with news on global warming, deforestation, urban pollution, and natural disasters. But has this been enough to focus on environmental preservation?

Perhaps it is interesting to think about this subject from a different perspective. Do you already know the predictions that have been made for the environment and its consequences for society? That was the sixth Global Environmental Outlook (GEO) goal, published by the UN in 2019.

For GEO, climate change is a priority. The report shows that the risks of environmental degradation and climate change are expected to affect more deeply people in vulnerable situations, particularly women and children in developing countries. Many of the changes will be irreversible.

The document also shows the impacts of air and ocean pollution on the lives of the population and the economy. He claims air pollution causes an estimated $ 5 trillion financial loss every year and is already linked to the cause of 60% of illnesses. Ocean pollution can impact the livelihood of up to 120 million people and a market that generates $ 252 billion a year.

GEO concludes that economic and technological development since 1990 has lifted billions of people out of poverty and brought access to education and health in most regions of the world. On the other hand, economic approaches in some areas have not been concerned with climate change, pollution, and the degradation of natural systems.

These economic approaches have increased inequality between countries and will not be enough to guarantee health, productivity, and fulfillment for the 10 billion people in the future — a very alarming scenario.

Art as a tool for social construction

This report’s data reinforce the importance of us all being part of the debates and searching for solutions to these issues that already impact the population’s health and livelihood and threaten several other species and biomes’ lives. Have you thought about how it can be done through art?

Although art has often been valued for its aesthetic character, being used as a decoration, it has other essential characteristics. Art stimulates our sensitivity and ability to interpret, helping us understand messages through an emotional rather than a rational approach. Art is also a common means of entertainment and allows us to communicate while having fun or enjoying artworks.

The sum of these attributes has been used by many artists and organizations that see art as a powerful instrument for social transformation. Artistic manifestations such as music, dance, literature, and visual arts become crucial elements of educational and therapeutic approaches, urban interventions, and projects that change marginalized communities' reality.

Speaking more specifically about projects related to ecological issues, here is a list of artists and artworks of art that highlight art’s role in preserving the environment. Check it out!

The role of art in preserving the environment

Knowing the central debates on preserving the environment and the power of art when used as a tool for social construction, we can say that art has a lot to contribute to constructing a more sustainable world.

Art has already been used in different places and historical moments to bring man closer to nature, alert people about urgent ecological issues, question consumption and behavior patterns, as an instrument of environmental education, and even a possible solution to significant problems that our planet has been facing.

The famous Land Art intervention from Hungarian artist Adnes Denes Wheatfield - A Confrontation (1982) is recognized worldwide for its effort to bring man and nature closer. She planted two acres of wheat in Manhattan (close to three major trade and globalization symbols: Wall Street, World Trade Center, and the Statue of Liberty) to criticize the impact of technological advances on the destruction of the environment and bring nature back to the heart of the city.

We can highlight the work of the Brazilian artist Eduardo Srur as an alert to environmental issues. In some of his most famous interventions, Srur drew attention to the pollution of the rivers of the city of São Paulo by placing kayaks with mannequins on the bed of Pinheiros River and giant sculptures in the form of plastic soft drink bottles on the polluted concrete margins of Tietê River.

Environmental Art movements such as Art Povera, Art-in-nature, and Upcycling were also critiques of consumption and art production patterns. These movements build their artworks from everyday materials found in nature, such as leaves, branches, and stones, or early discarded materials, such as clothes and furniture.

In addition to questioning how to develop art and other products, these artistic movements also revolutionize the exhibition and distribution of art pieces. For example, art-in-nature has a temporary character, and many times its materials are returned to the environment after the works are registered. Therefore, these works cannot be consumed or collected.

And finally, when it comes to moments when pieces of art were solutions to environmental problems, we have the installations of the North American artist Patricia Johanson. Her artworks consist of infrastructures intended to recover impacted ecosystems through unusual trails, landscaping, and reintroducing animal species.

In his first project at Leonhardt Lagoon, Dallas (1981-1986), Johanson solved problems such as eroded shoreline, murky water, and algal bloom, devising large sculptural forms that broke up wave action and selecting indigenous plantings as microhabitats for wildlife. The place became a habitual ecosystem for local species again, and sculptures increased human interaction possibilities in that space.

One of the fundamental aspects of sustainability is the importance of all sectors of society to be mobilized towards building more sustainable and conscious communities.

As it has done throughout history, art is once again a powerful tool for social transformation. It can and should be used to educate the population and help repair areas affected by human development.

Like artists, we must also contribute to this process. An impressive first step may be studying more about culture and history through our timelines here on Timelinefy. How about start changing the world now? 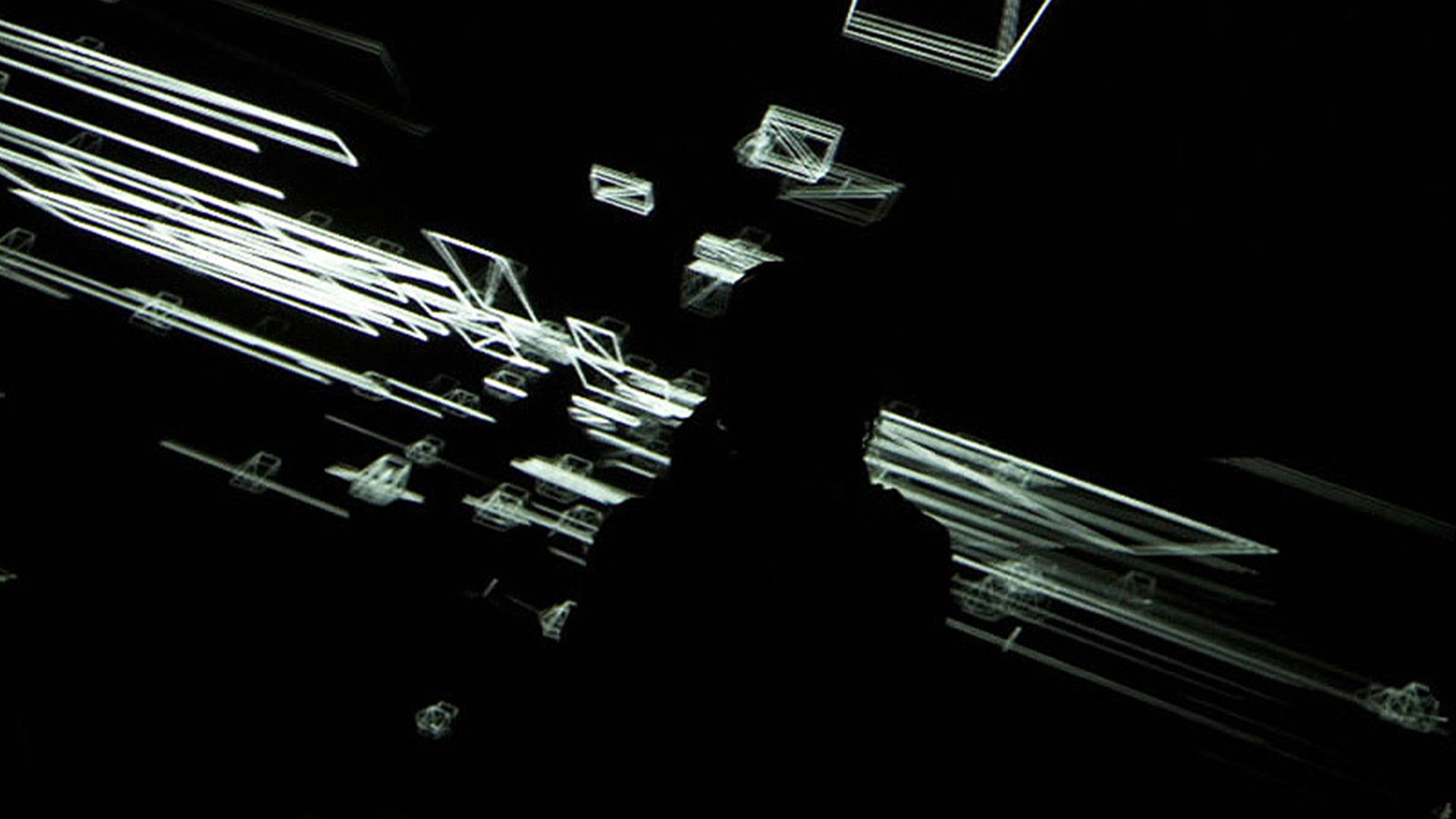 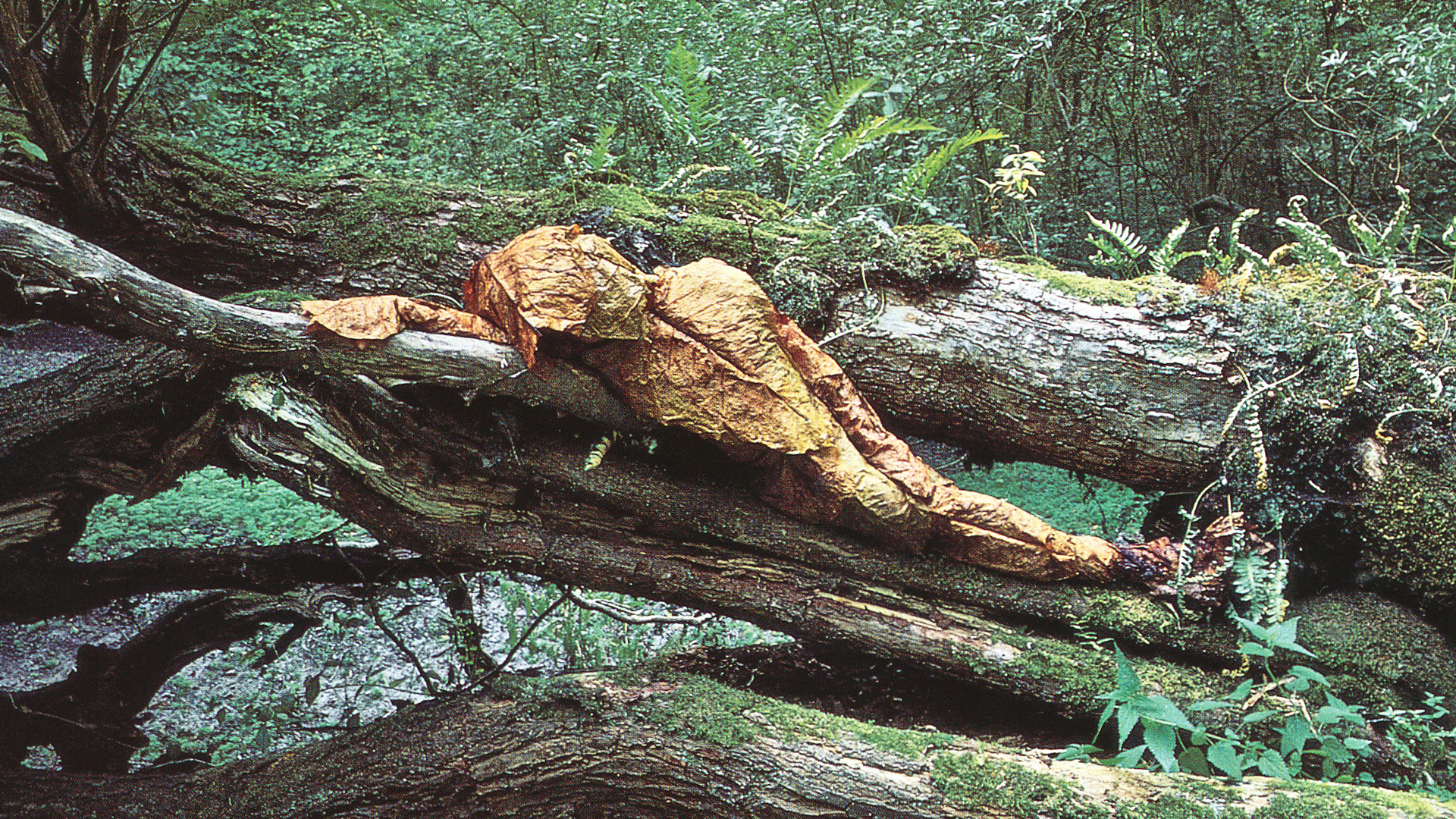 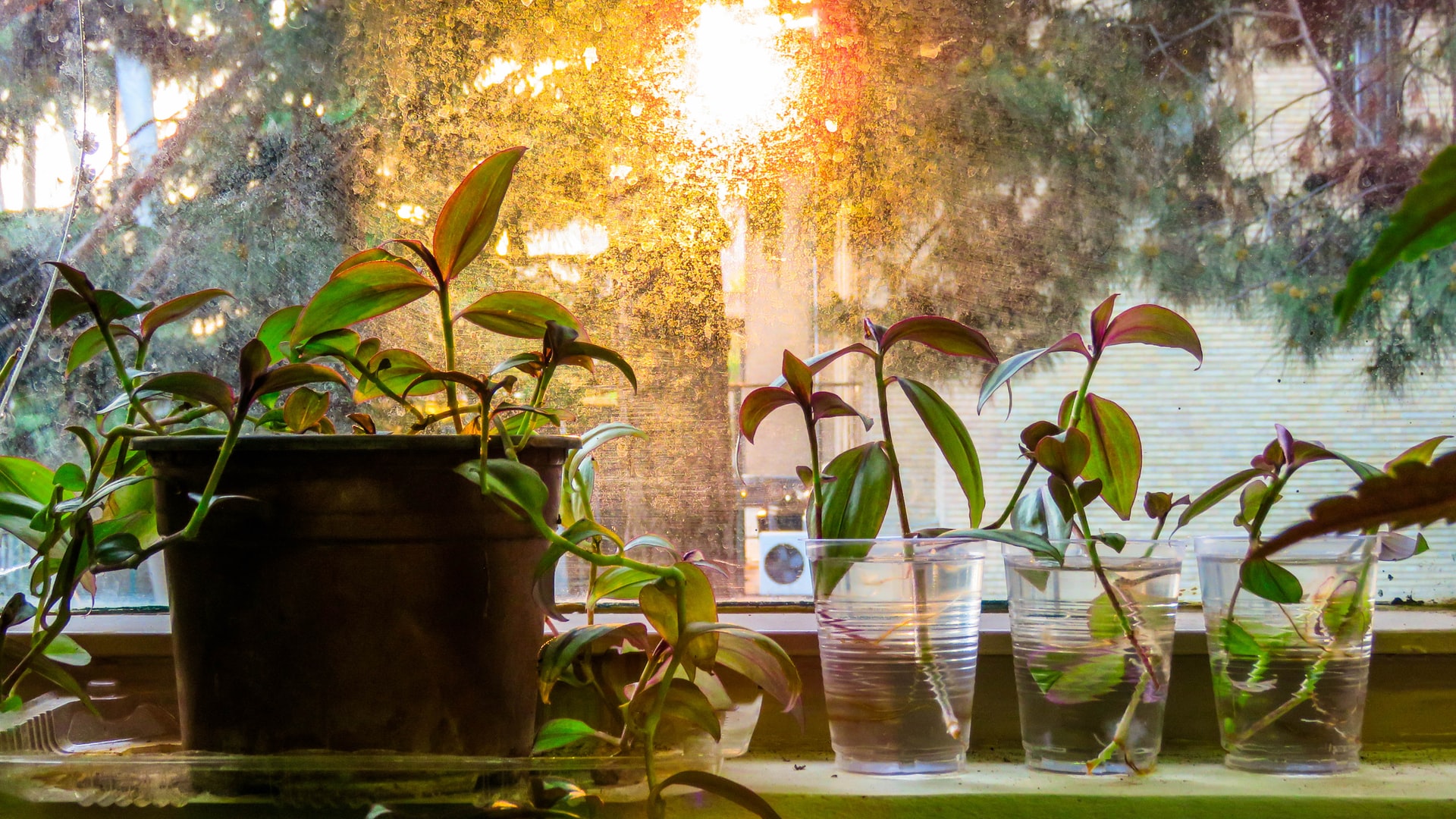 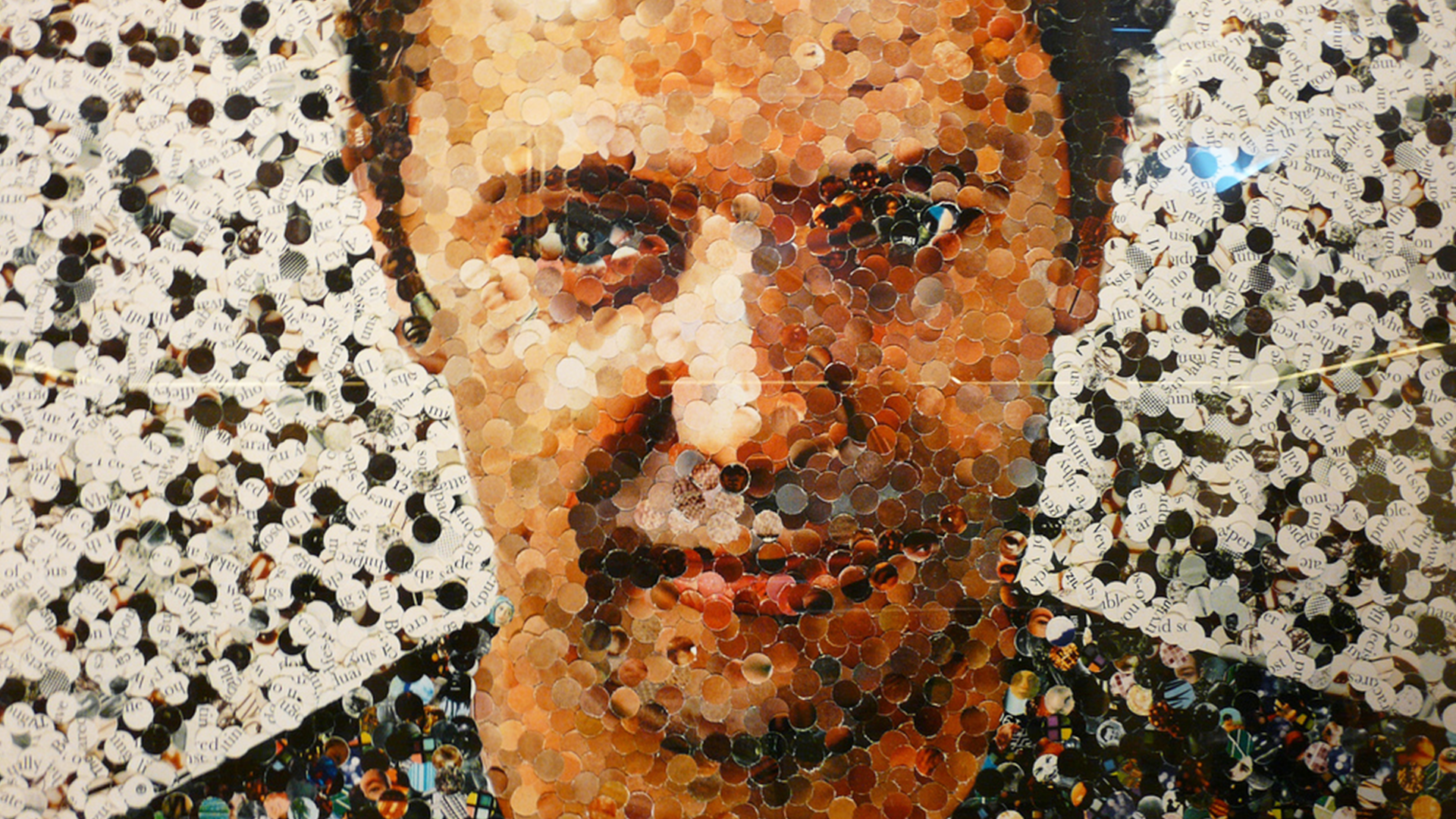